You are here: Home / Dogs / Allow Me To Chew On You 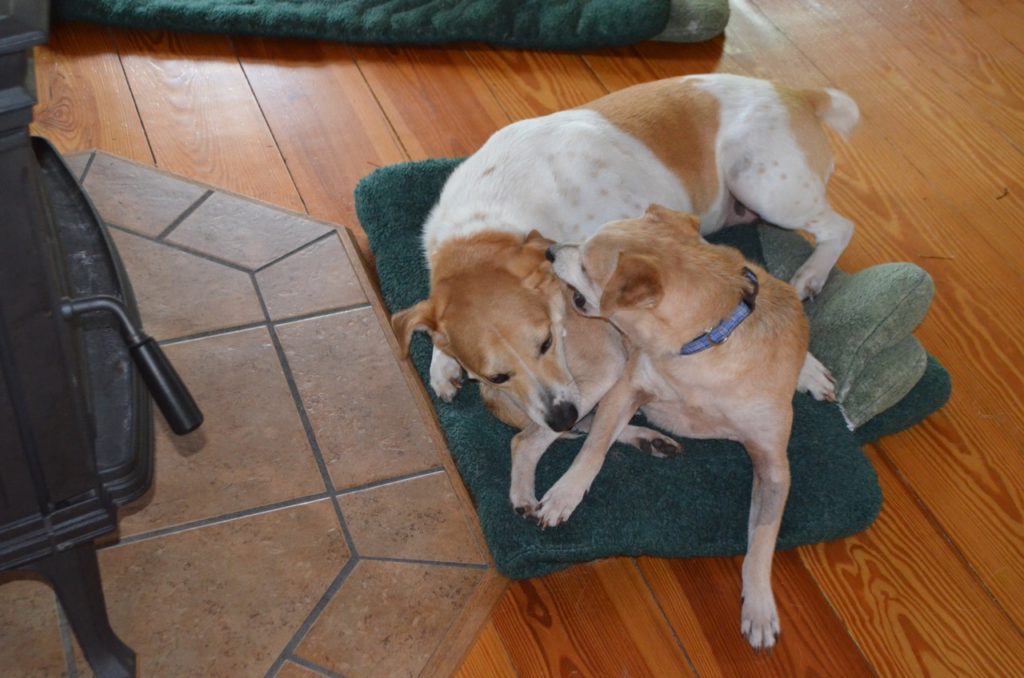 I mentioned last week that Tanner and our new arrival, Bobby, had instantly become the best of friends. They spend a good part of the day wrestling together and chasing each other from one end of the house to the other. That long hallway between the dog wing and people wing makes for a great racetrack!

Here are some photos we took during one roughhouse session in the living room while Alayne and I were eating lunch.

It’s all very quiet — some grunting and snuffling sounds, but otherwise not much noise?considering all the activity. Tanner is so gentle with his little buddy — he’s never too much for Bobby.

In this next one, Tanner’s moved from Bobby’s rear leg to a front one: 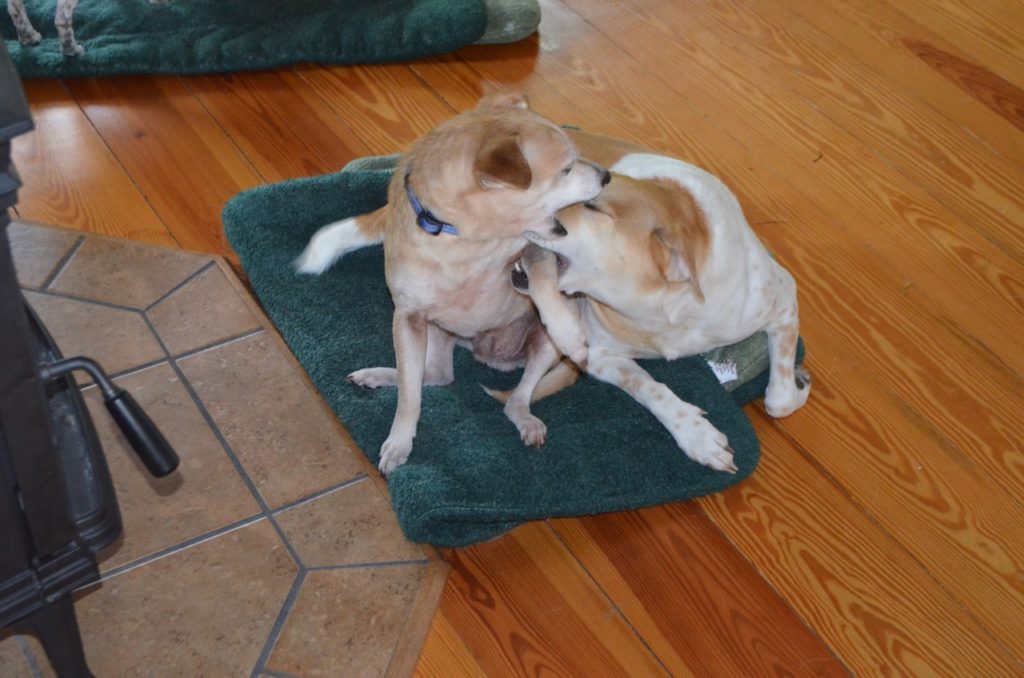 Here they are sizing each other up: 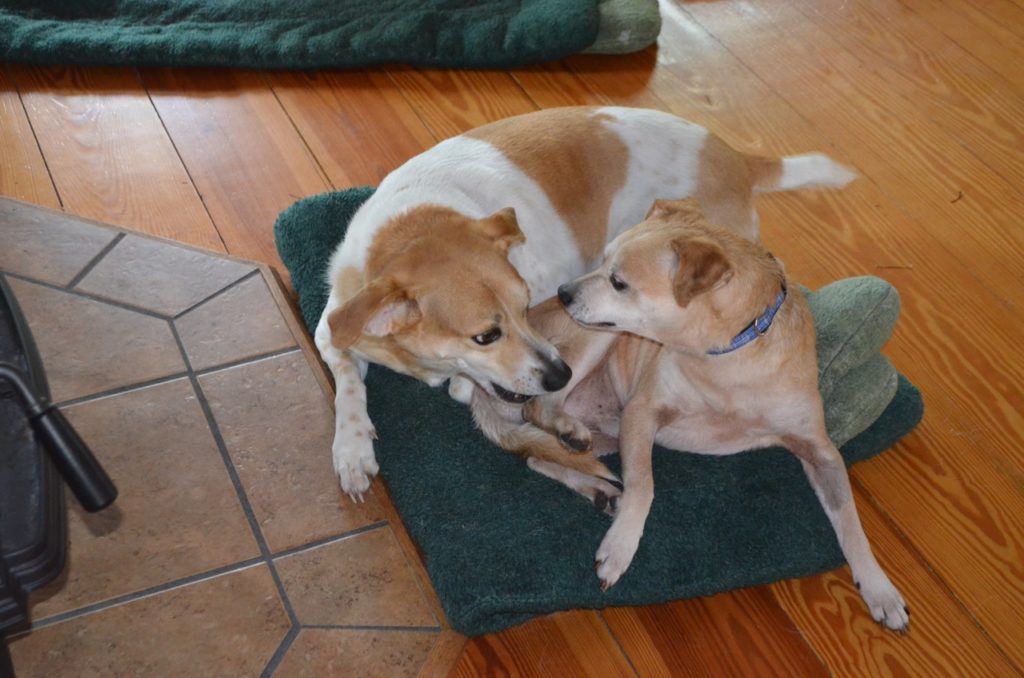 Looks like Tanner was going for a quick ear-cleaning in this one (more on that in a future blog post): 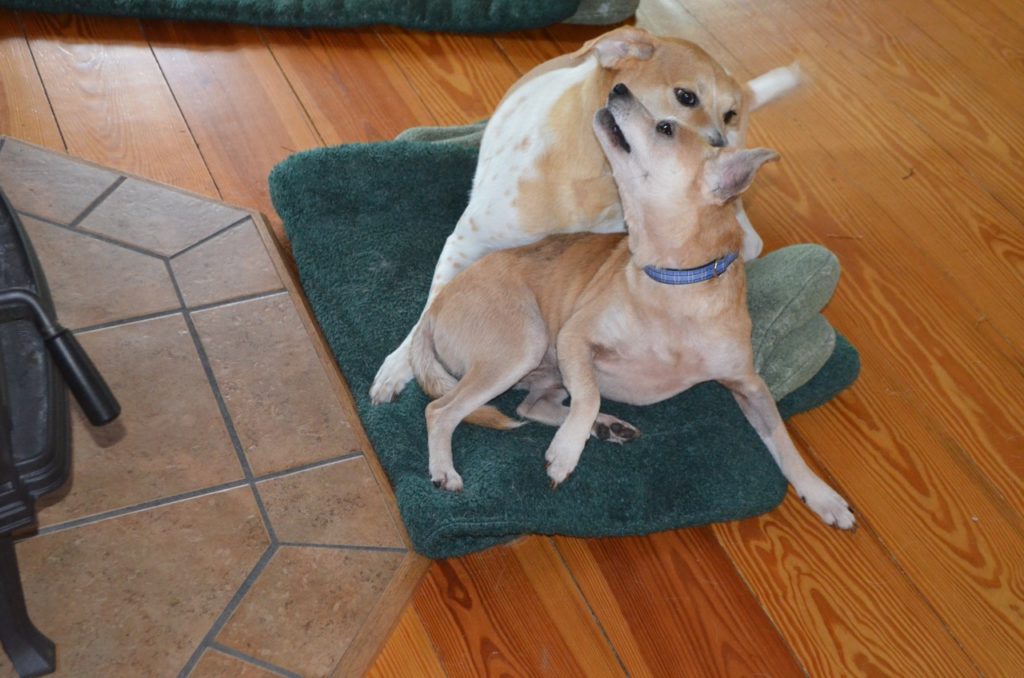 Since Bobby only has four teeth left in his mouth, all he can really do is “gum” Tanner, but he still gives as good as he gets: 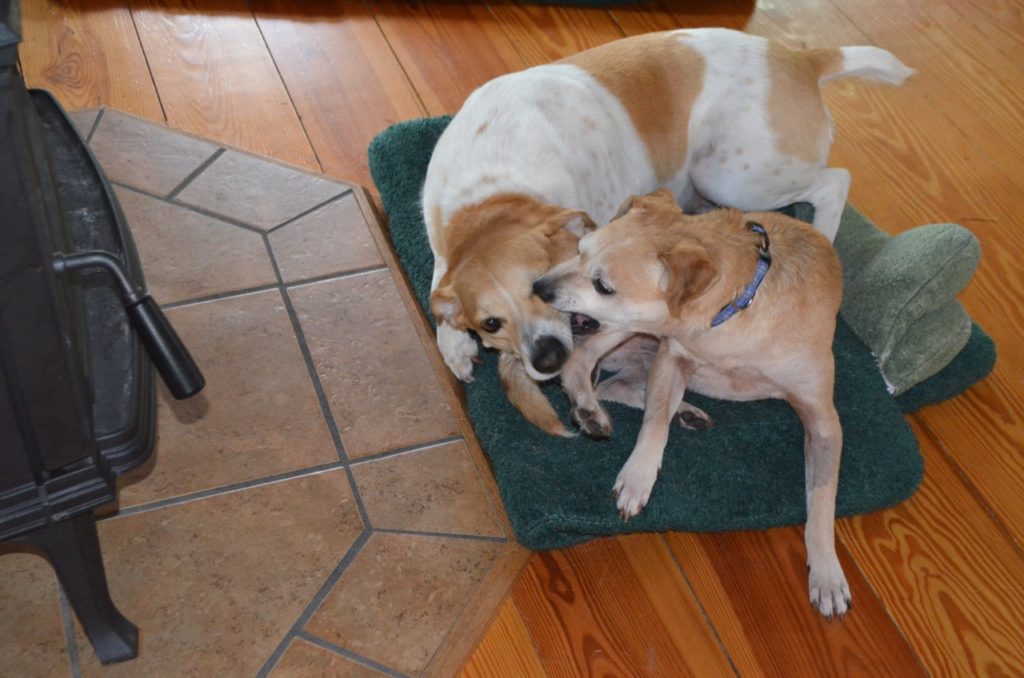 It’s just so heartwarming to see Bobby, after years of neglect and being pushed around and picked on by other kennel mates in his previous life, finally enjoying real friendship.

One last bonus photo: Alayne noticed a few days ago that magazines were mysteriously appearing on the dog bed in the hallway. Like this: 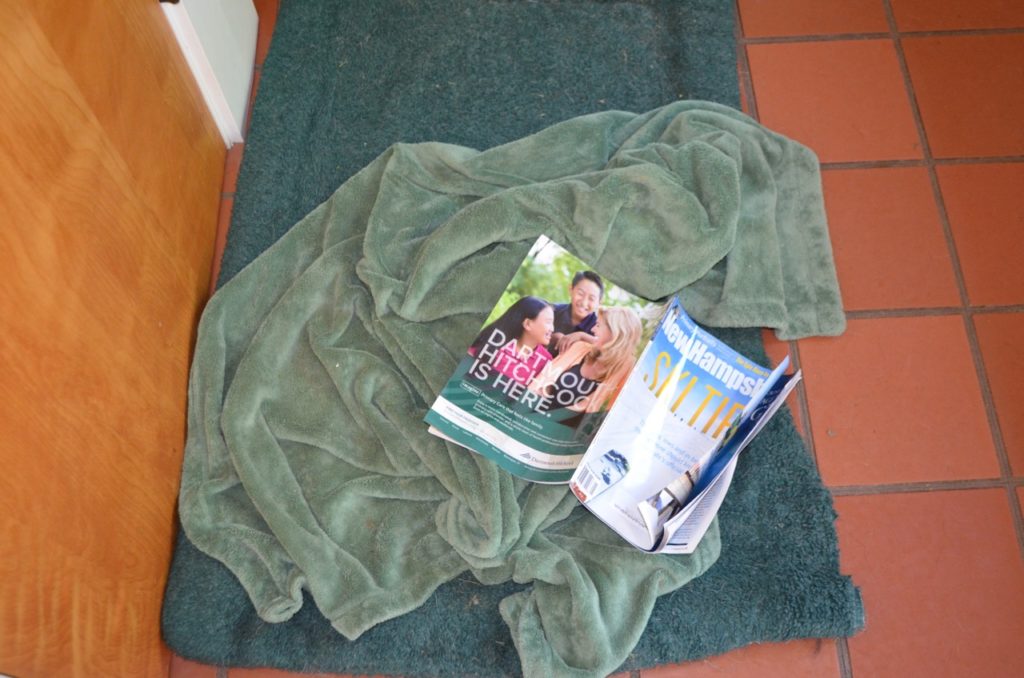 She finally discovered how it was happening. It turns out Bobby has been picking up magazines in the living room and carrying them out there, then setting them down when he goes to take a nap on the bed. Not sure why. So far we haven’t been able to get a photo of him doing this, but we’ll post it if we can get the shot.